The book of Paul 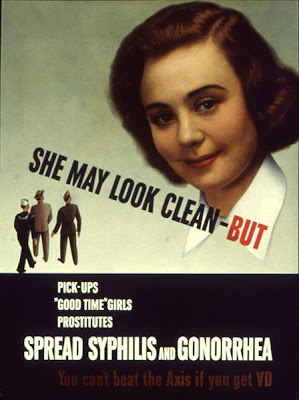 The language of golf has been ruined because of Tiger Woods' philandering ways, says Paul Holmes.

I was not going to write about Tiger this week. My wife suggested I leave him alone and the rest of the world should too. But what else is there? ACC levies going up next year? The Easter Bill being defeated in Parliament? The Labour Caucus being completely united behind Phil Goff? Hardly.

The sudden, incredible destruction of the career and image of Tiger Woods just continues to amaze. In terms of destruction it is rivalled only by the Titanic. It is the human equivalent of the giant, unsinkable ship colliding fatally with the iceberg in the dead of the cold black night in the wastes of the North Atlantic, to lie within a couple of hours dead, 3000 ft below the frigid ocean floor.

OK, stop right now, thank you very much. You should have listened to your wife, Paul. But you didn't and now you have made a dick of yourself, once again.

Shall we count the ways? Let us. For a start, one thing about which you might have written is Copenhagen, wonderful, wonderful Copenhagen, salty old queen of the sea. There's a riot going on over there. You might have written about the ACC levies, the Easter Bill or the Labour Caucus; they are all interesting and important subjects. But no, you had to write about Tiger Woods; because nobody else is doing that.

Then there is the imagery. The destruction of this career does not rival the Titanic. Lots of people were killed on that cold black night; in this case the only physical damage was to an SUV and some street furniture. Incidentally, the ship did not lie 3000 feet below the ocean floor, but on it. And it is not a good idea to use the word frigid in this context, because it has a very specific meaning.

Then there are the women.

And who are these women? Cocktail waitresses, fast Las Vegas woman, a nightclub woman. Main chance women. Women with a bit of the groupie about them, I guess. Women with a little taste for fame. Women who could not wait to tell people they threw Tiger into the sack.

It is the women wot get the blame. Woods is a sex addict, a victim; they are predators. "The temptations must have been tremendous. None of us can imagine the power of those. If a pretty young woman was persuasive enough after a hard golf tournament in a faraway place, who knows how any of us would react."

Standing on a golf course, dressed in P.V.C.
I chanced upon a Golf Girl, selling cups of tea .
She asked me did I want one. Asked me with a grin.
For three pence you can buy one, full right to the brim.
So of course I had to have one. In fact, I ordered three. So I could watch the Golf Girl, could see she fancied me.
And later on the golf course, after drinking tea, it started raining golf balls, and she protected me.

Who, indeed, knows? Who, indeed, cares? But the women, you have to beware of them. Take this story, Paul, from another part of your paper, a story entitled When Bridesmaids go Bad:

But that pales in comparison to some behaviour Shirley-Ann McCrystal, a wedding consultant and celebrant based near Taupo, has seen. The worst case was the maid who slept with the groom on his stag night. "The bride found out about two days before the wedding. There were a few tantrums and no one was talking to each other at the rehearsal the day she found out, but the wedding still went ahead," says McCrystal. The guilty bridesmaid carried on with her duties but "there were a lot of dark looks", she says. "The bride must have been a very forgiving girl."

That poor groom, lured into bed by that hussy; after a hard stag night in a faraway place, who knows how any of us would react?

And who was that woman you talk about in your autobiography, the one with whom you were dining, who handed you her knickers? After a hard smorgasbord in a faraway restaurant, who knows how any of us would react?

So what's it all about, Paul? "Tiger Woods has upstaged Copenhagen, the greatest meeting of world leaders since Versailles. The whole world is chuckling about the salacious adventures of Tiger with that string of gorgeous, naughty women." No, Paul, the whole world is not doing that. Fatuous people like you are getting excited about the thought of Tiger with all those gorgeous, naughty women. The rest of us have more important things to do.

Hmm, Caravan mentioned in the same breath as Paul Holmes...I must go and wash my CD collection all over, immediately.

Incidentally, the ship did not lie 3000 feet below the ocean floor, but on it.

But if it had been a journalist it would have sunk lower. And lied about it, too.

Nice to see you return to your tradition of ending a post with a brain-exploding music video.

What, is Tiger in the news for something?