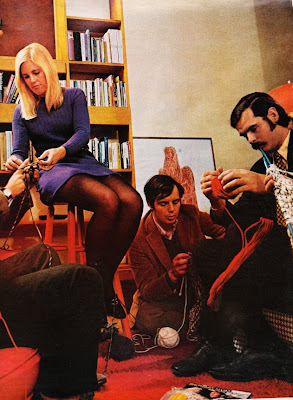 TVNZ7 was always something of an anomalous relic in broadcasting. It was established by TVNZ to run "public service" programmes, which generally means worthy programming which only a few people want to watch. In this context it turned out to mean a mildly liberal agenda of plenty of stuff about novelists, sculptors, painters and the like, some routine Leftish navel-gazing about the media and formless chit-chat on politics, and nothing to speak of on, for instance, finance, business or singing the virtues of, or even explaining, the economic system that dominates so much political discourse nowadays.


That would be it. That is why TVNZ7 has failed. It is all liberal stuff by arty bohemian types and lefty media people. It has nothing for the men who run this country, nothing manly at all, nothing about post neo-classical endogenous growth theory, either for or against. This is why our country is quite literally going to the dogs or even to Hell in a hand-basket. Rather than provide instructive short films about matters of commerce and finance, TVNZ gives pansies free rein to prate about significant form and unreliable narrators. This sort of thing led to the fall of Rome, if not Carthage.


Fortunately, the chaps who run TVNZ are not going to put up with this nonsense any more. They have decided the space in the spectrum occupied by this situationist spectacle will be better used by playing the night's TV One broadcast programmes an hour later. This will give men who have come home to their loving wives and children after a long day in the office the opportunity to catch up with news and current events, as well as the useful programmes about finance and business that TVNZ would broadcast if there were any demand for that sort of thing.

That chap on his knees doing something arty and liberal - why he looks like a young...a younger...an earlier version of...PAUL LITTERICK! Sort of.

For shame, Steve. Mr Litterick has far better dress sense than that!

Incidentally, as an Adult Survivor of the Seventies, can I say that the vintage of your photographic accompaniement Traumatises me, sir?

I am afraid Mr Braunias is right. The photograph was taken at a gathering of the Kensington and Chelsea Unisex Knitting Circle, a group with which I misspent my youth. I really only joined so I could look at that girl's legs.