Lives of the artists

Gentle readers doubtless will be following closely the adventures of Caroline Flack, a television presenter,  who presents a show called the Xtra Factor in Britain, a show seemingly unlike the Krypton Factor. No, nor me. 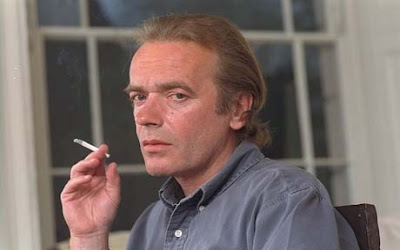 However, since this is a slow day, I shall persist.  The Xtra Factor is a behind-the-scenes show that goes behind the scenes of the X Factor (a talent show) to give you extra scenes, from behind.You might just be dimly aware that Ms Flack is living the dream and loving every minute of it or that she experienced an A&E dash.  Fortunately for the British, their lives are so close to perfection they have leisure to watch spin-offs of talent shows, while taking a close interest in the lives of the presenters.

I'm not boring you am I? If I am, I do apologise, and suggest you leave this post at the next exit, which happens to be an interview with Marty, who has written a novel about England's celebrity obsession.

So, where were we? Oh yes, Ms Flack is also well-known for having been  involved with one Harry Styles - a member of One Direction, a popular music combo.

Yes, I know, its not the same as sneering at the bad taste of the rich and beating up epistemologists. But still, there are some out there who are interested in this sort of thing and, while they are not exactly in the demographic for this blog, I do have a scoop for their titillation. What you will read below has not been found by any other media outlet. You see, unlike most observers of the celebrity relationship scene, I have advanced skills in architectural analysis, skills seldom of much use. However, on this occasion, I have been able to uncover, using nothing but my ability to recognise buildings, the celebrity relationship story of the year.

Take a look, if you will at the photographs of Ms Flack in this story in the Mail. Do you notice something about that house? No? Then let me remind you of my story about Lana del Rey, of not so long ago. Do you see the photograph of Ms del Rey and her cat? Do you see that it is the same house? Yes, gentle readers; based on the evidence of mine own eyes, I can reveal to you my conviction that Caroline Flack and Lana del Rey are living together, possibly in Frinton-on-Sea.

Yes, yes, I knew you would be started, shocked, even scandalised. But the truth will out. Of course, none of us know the exact nature of their relationship and it would be vulgar to speculate. But also it would be fun. Perhaps Ms Flack and Ms del Rey are just housemates; perhaps they are in a Boston marriage; perhaps there is more, much more. Perhaps Ms del Rey goes to the kitchen to sob quietly whenever Ms Flack brings home a boy band. Perhaps Ms Flack hoped her association with Ms del Rey would give her the indy cool for which she always longed. Perhaps she is wondering whether the cat has been fed.

In other news, award-winning songwriter Ed Sheeran (no, nor me) is related to Krypton Factor host Gordon Burns.