A pool full of strangers 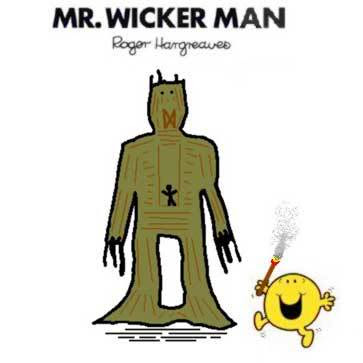 It has been a strange day. In the morning, I was alerted to someone blurting out passive-agressive Tweets about me; they were tragically counter-productive. Protip: if someone says something bad about you, do not repeat it to everyone who follows you on Twitter.
Later, it rained in the postgraduate studio at School. It rained boiling water, normally a sign of the Endtimes or similar. It began with the sound of trickling water. Then came a downpour, through the ceiling tiles and on to some drawings. The rain spread across the ceiling, finally settling on a light fitting from which to pour electric rain. I looked for the source. Upstairs in Dance Studies was a lavatory. It had become a sauna with boiling waterfall feature. The dancers were like, OMG. The architectural historian rushed in where architects fear to tread, and rushed out again. I did what I could; had I been an architect, I probably would have earned CPD points.
Later still, I went to the library and, to my horror, found the Old House Journal, surely the most awful magazine in circulation. I could not resist. About mid-way through, I found 9 Strategies for Period Kitchens.

Strategy #1: Add vintage appliances to realize a Depression-era vision.
Margaret Keilty had been searching for a house with then-husband Raymond Shove for some time, but the ones they toured never seemed quite right. “What is it that you want?” Raymond would ask her. “I’ll know when I see it,” was always her response.

Clearly, he had to go. And he did. Two paragraphs later, Raymond has been shoved and Mark has replaced him:

Margaret and her partner, Mark LaMonica, immediately began looking for a vintage stove to accompany the refrigerator, and found a 1923 Bengal gas-and-coal combination. “It’s a cream and green porcelain and cast iron number that sits on little legs, with a shelf on top and nickel plating everywhere,” Margaret gushes. The couple found it in a nearby town, where someone had been using it as a plant stand. Margaret and Mark took the Bengal apart and gently cleaned it (taking care not to lose the patina), hooked it to gas, and now use it every day. They also worked to undo some of the cosmetic changes (like room partitions) that Margaret’s ex-husband had installed in the kitchen, and restored the plaster and refinished the floors.

So Margaret and Mark undo Raymond's cosmetic changes, and live happily ever after in Sharon Connecticut. Raymond Shove now lives in Buckeye, Arizona. Details are available on Mylife (note that Margaret and Raymond are both 63, while Mark is 48; do the math).
Anyway, what is a Depression-era vision - food, a job, FDR? Moving right along, the current edition of Old House Journal also features, surprisingly, Kate Pierson's kitchen, one she shares with Monica Coleman.
Posted by Paul at 6:04 pm

And people complain about Peter Dunne's hair. I suppose hers is ironic, or something.

How amazing that someone from that band turns out to be gay. As Little Richard might say, "Lawdy, Miss Clawdy."

Stephen, they are all gay, apart from Cindy Wilson.

One was being, comme on dit, ironique. When I said "someone" I guess I meant "nearly everyone".

Not that there's anything wrong with that.

@Stephen: Their hair is more than just ironic. The name of that particular beehive style is a B-52 (because it resembles the nosecone of said aircraft), and the group's name originates from the hairstyle name.
(And, yeah ... a band named for a hairstyle is, stereotypically, and in stereo, rather an obvious orientational Clue.)