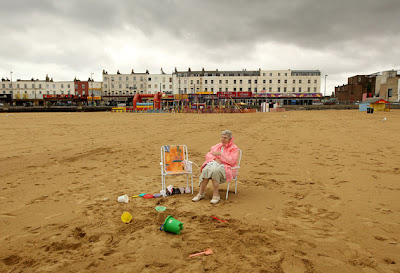 During a Facebook discussion in which he said he wanted to "settle down with someone decent", Mr Tamiz claimed it was "impossible to find someone with morals and a bit of self-respect".

He continued: "It's the ones that look respectable and decent but underneath it all are complete sluts that you got to watch out for."

Payam Tamiz made the comments before he was a Conservative Party member.

The University of Westminster law graduate also said women in the area were "completely shameless".

Mr Tamiz may have done more for Margate than he could imagine. Not only does the town have a new Turner Contemporary Gallery designed by David Chipperfield, it also has, if Mr Tamiz is right, completely shameless women: the perfect weekend getaway-and-have-it -away. Margate also has the highest number of closed shops in the country, so there will be no vulgar commercial activity to distract one from the pursuit of beauty. As Mr Tamiz says, It's the ones that look respectable and decent but underneath it all are complete sluts that you have to watch out for; oh yes, oh yes, oh yes.

Speaking of which, the surprisingly and sadly short-lived Stroppery managed to tell us of the forthcoming Slutwalk Aotearoa before it closed down.
In other smut news, The picture of Dorian Gray is now available with even more mephitic odours:

"it is a tale spawned from the leprous literature of the French Decadents – a poisonous book, the atmosphere of which is heavy with the mephitic odours of moral and spiritual putrefaction,"

Is David Chipperfield somehow related to the circus family?

I see the clowns forming ranks...