A riches to even-more-riches story 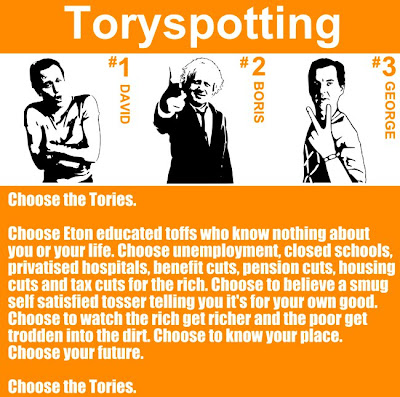 Mr Hayward, who described himself as BP's "sacrificial lamb", could have sat back and enjoyed the benefits of the £1m payout and £10m pension pot awarded him on departing BP, together with the $150,000 (£91,000) he is paid to sit on the board of TNK-BP, its joint venture with Russia's third largest oil company. Instead, he is discussing a new financial enterprise with the multimillionaire Nat Rothschild that could see him rake in millions.

Yes, gentle readers, Tony Hayward could have retired to a life of counting his money and whining about how badly he had been treated, but he wanted to be even more rich, so he called Nat Rothschild, who put him on the right track to riches. But wait, there's more:

Last week, also saw Mr Hayward take a giant step to redemption when he landed the rewarding role of senior independent director of soon-to-be-floated commodities giant Glencore, which is expected to net him more than £100,000, plus expenses.

Redemption, that's what it is all about. Members of the Business Class redeems themselves not in the Mediaeval way of performing acts of charity or sacrifice but by making even more money.

And there is yet more good news: smart investors in BP stock made a killing.

Paul, I am deeply shocked!!! The top image is degrading to IV drug users, many of whom regard the Tory lifestyle as deeply immoral and disgusting!!!