An Englishman, when he first travels on the Continent, with every disposition to discover and confirm the superiority of his own country, particularly remarks, as one of the causes of that superiority, the comparatively small number of suburban villas which are to be seen in the vicinity of even the largest towns, and which form such a delightful feature in the landscape scenery of England. On minute inquiry, he finds that this difference arises from the peculiar habits and character of the people; and that a German, who has realized an independence by trade, or any other pursuit, instead of retiring into the country to enjoy it, removes from a small town or village, in which the fortune was made, to a larger one; whereas it is the exact reverse with an Englishman, in whose mind the idea of retirement from business and a country life, are inseparably united: and thus par eminence, England becomes the country of suburban villas.

Thus wrote Samuel H Brooks in his snappily titled Designs for cottage and villa architecture : containing plans, elevations, sections, perspective views and details for the erection of cottages and villas of 1839. It is to be noted that an Englishman goes to the Continent in order to discover and confirm the superiority of his own country. This is to be found, among other causes, in the multitude of suburban villas at Home. However, it must be said that cottages are another matter: 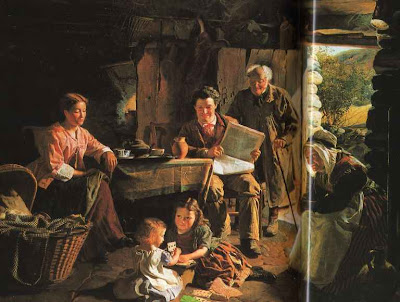 pvii An English cottage is proverbially characteristic of internal comfort and exterior neatness; it must however be observed, that in the style of architecture adopted by our forefathers in the erection of their country dwellings, a taste for picturesque beauty was very little consulted, and a uniform and monotonous character imparted to them, which appeared rather as blotches than ornaments to our landscape scenery. 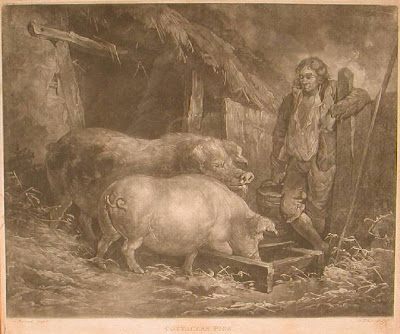 Why is it, you will be asking, that this discrepancy occurs, that England is blessed with villas but sullied by cottages? Fortunately, Mr Brooks has an answer to that very question

pviii The art of arranging villas in England is far better understood than the construction of cottages; the reason of this is, that the occupants of the latter description of residence have hitherto been deficient in that degree of cultivation which is necessary to the display of what is considered good taste, and have neglected to call in the assistance of professional men. The occupiers of villas, on the contrary, have not only possessed more cultivation and taste than the others, but, from their wealth, have been able to command the services of all who possessed an ability to render them assistance.

You see, those cottagers, being rude forefathers, lacked cultivation and thus failed to consult an architect about the design of their hovels. Thus they not only let themselves down, but they did a disservice to England. I think there is a lesson to be learned here: always consult an architect, whatever your circumstances. 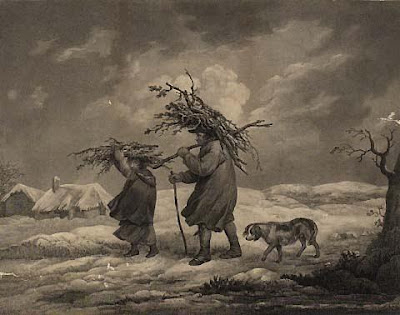 Images of country folk by William Henry Midwood and by George Morland. English Villagers was a wartime propaganda publication about Laycock. The Young Knives are from Ashby-de-la-Zouch:

Come to Cambridge some time. We'll show you rural life.

(Incidentally your word verification is "labledry". How very Norman Tebbitt of you.)

PS
love the new strapline/subhead/whatever those lines are called.